Europeans pay the price for dominance of cash 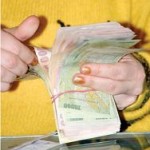 Making payments in cash costs every person in Europe EUR130 a year, according to a study from Retail Banking Research (RBR).

The number of retail cashless payments grew by over 160% between 2000 and 2008, to 87 billion transactions. Of these, 90% were in western Europe, 10% were in central and eastern Europe and two-thirds were in the eurozone.

Yet, despite the „war on cash” being waged across the continent by, among others, the EC and European Payments Council, notes and coins remain the predominant retail payment method.

Cash payments accounted for 78% of the continent’s 388 billion retail transactions in 2008. The total cost of distributing, managing, handling, processing and recycling cash and of accepting cash payments was €84 billion – equivalent to 0.6% of Europe’s GDP or EUR130 per person.

RBR argues that previous attempts to justify the economics of cash substitution in Europe are no longer relevant and advocates a new approach based upon establishing the business case for different players in the payments market, especially for retailers who ultimately decide which payment methods to accept and incentivise, and who provide much of the infrastructure for accepting payments.

The study predicts that the move from cash will be driven by various factors, including the Payment Services Directive, Sepa, payment card interchange fees and merchant service charges.

Emerging technologies will also play a significant part, with contactless cards and mobile phones expected to grow in popularity over the next few years.

These factors will contribute to a fall of 2.3% per year in cash payments up to 2014. However, despite this slow decline, cash will remain the predominant payment method for some years to come, still representing 63% of the continent’s 414 billion payments in 2014.